The Illuminati: The History of One of the World’s Most Notorious Secret Societies 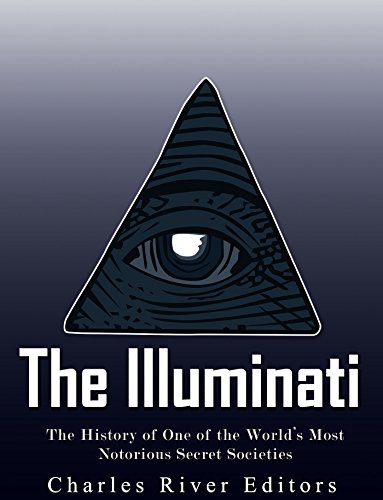 “G is Grace, the Flaming Star is the Torch of Reason. Those who possess this knowledge are indeed Illuminati.” – Adam Weishaupt

“The very word ‘secrecy’ is repugnant in a free and open society; and we as a people inherently and historically opposed to secret societies, to secret oaths, and to secret proceedings…” – President John F. Kennedy

The emergence of secret societies has always been one of the most fascinating facets of civilization, a phenomenon that has been around since the birth of mankind. Even centuries after some of these groups were founded, they remain well-known, such as the Knights Templar, a group of armored warriors who hailed from the Holy Land. The Skulls and Bones and the Freemasons are a few more names that immediately ring a bell. But of all of history’s secret societies, the legend behind one’s name surpasses them all: the Illuminati.

Of the countless secret societies that have risen and fallen since the dawn of time, none could come close to touching the notoriety of the Illuminati. Particularly in recent years, the legendary order has starred in thousands upon thousands of books, articles, documentaries, movies, music, internet memes, and other mediums of entertainment. They are one of the chief targets for conspiracy connoisseurs, and the supposed masters of symbolic subliminal messages hidden in the media.

Regardless of the veracity behind any of the conspiracy theories, there can be no denying the profound impact of the group over the past few centuries. Even those who find nothing untoward in the history of the Illuminati understand the importance of the society’s mystique, from its origins in Bavaria to its founder, Adam Weishaupt, along with those who carried the society to its peak. Without question, there have been an endless number of conspiracy theories surrounding the Illuminati that have long had the world buzzing, a trend that continues on to this very day.

The Illuminati: The History of One of the World’s Most Notorious Secret Societies examines the true history of the influential fellowship, its mastermind, and the members that created the backbone of the lionized society. This work also looks at the fate of the Illuminati in the modern age, from the ludicrous to the disconcertingly convincing. Along with pictures depicting important people, places, and events, you will learn about the Illuminati like never before.