The Day After Roswell 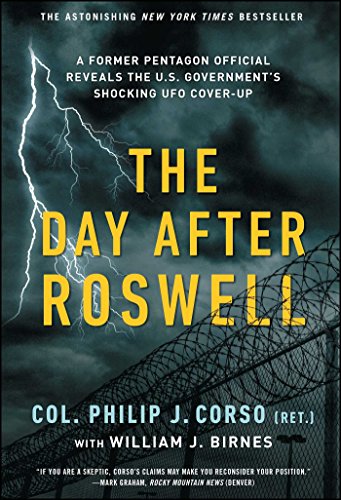 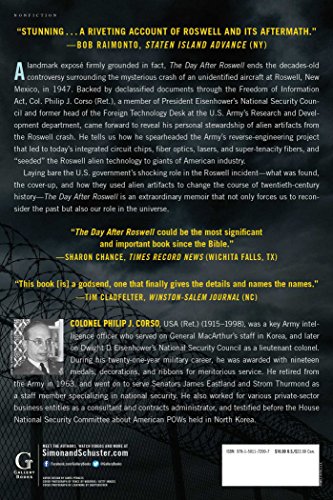 A breathtaking exposé that reads like a thriller, The Day After Roswell is a stunning depiction of just what happened in Roswell, New Mexico all those years ago and how the effects of this mysterious unidentified aircraft crash are still relevant today.

Former member of President Eisenhower’s National Security Council and the Foreign Technology Desk in the United States Army, Colonel Philip J. Corso was assigned to work at a strange crash site in Roswell in 1947. He had no idea that his work there would change his life and the course of history forever. Only in his fascinating memoir can you discover how he helped removed alien artifacts from the site and used them to help improve much of the technology the Army uses today, such as circuit chips, fiber optics, and more.

Laying bare the United States government’s shocking role in the Roswell incident—what was found, the cover-up, and more—The Day After Roswell is an extraordinary memoir that not only forces us to reconsider the past, but also our role in the universe.

The Truth About the Illuminati (Part 1) | ASMR