Abducted by the Alien: A Sci-Fi Alien Romance (Rebels of Sidyth Book 6) 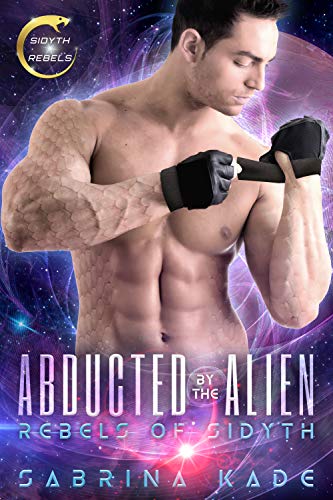 She’ll face her fears to gain his love.

On the planet Hethdiss, shy and timid Phoebe faces a dilemma: two aliens want her. One, the pushy Iriel, claims he’s the only one who can protect her from the horrors of this dangerous world. Drazal, though, makes her think there might be more to life than playing it safe—with him, her whole body comes alive. But tempting two Sidyth males is a dangerous game for a human woman to play.

Drazal’s certain Phoebe doesn’t want to be with Iriel. But Iriel’s the one she turned to in a moment of terror. He’s the one who claims her as his own. And Drazal’s equally sure she’ll never be truly happy unless she learns to stand up for herself.

When bigger problems take center stage on Hethdiss, however, Phoebe’s fears are laid bare for all to see. And in that moment, there’s only one alien she wants. One alien she’ll face hell to gain. No matter how much danger that might land her in.

If you love steamy science fiction romance, you will love Abducted by the Alien. Come for the hot alien action and stay for the guaranteed HEA!

YO MAMA SO OLD! Ancient Aliens