UNLOCKING THE DREAM VISION: The Secret History of Creation 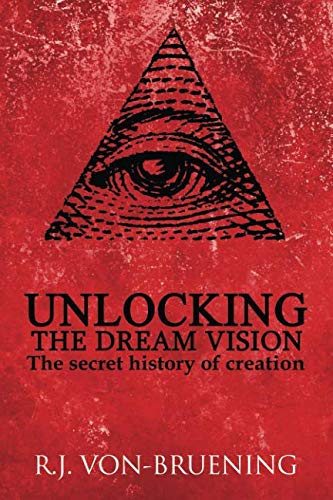 ‘Unlocking the Dream Vision: The secret history of creation’ takes you on a fascinating journey into the mystical esoteric symbolism of the largely forgotten Dream Vision that is buried deep within the ancient Book of Enoch. It is a unique journey where you are taken into the highly symbolic Dream Vision with its mysterious mystical esoteric symbolism, which reveals one of the most heretical, blasphemous, and controversial accounts of creation ever told, for both believer and skeptic alike. It is a secret account of creation that has been suppressed from the general public for over 12,000 years. It is the secret that is still hidden deep within the mysterious esoteric brotherhoods, secret societies, and hidden orders of the world. A secret that once known, reveals the true meaning to the mysterious mystical esoteric symbols of the All-Seeing-Eye, the unfinished pyramid, and even the lost city of Atlantis. Not only will you learn the true meaning behind these famous esoteric symbols and so much more, but you will also learn the answers to some of the biggest mysteries concerning the biblical story and our own forgotten history that builds a radical new timeline of historical events, including an entirely new theory on the identity of the mysterious figures our ancient ancestors called the ‘gods.’