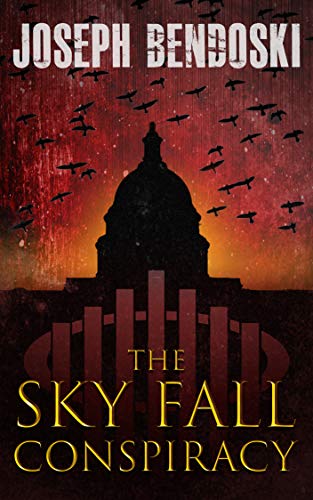 What makes a nation believe a lie?

William Stephenson is an expert in mass media persuasion and propaganda. He watched the rise of Hitler on a mountain of lies, but Stephenson also believes that the Nazis can be undone by the same power that created them; propaganda.

There is just one problem.

All foreign broadcasts are illegal in Germany. At best Stephenson will have a day before the Nazi soldiers storm his radio station. It took Hitler over a decade to change the beliefs of the people; one day is not enough.

Then something incredible happens.

In less than one hour, The War of the Worlds broadcast convinces millions of Americans that aliens exist, and the world is coming to an end.

Now, Stephenson races against the Nazis to discover the secrets of the Sky Fall before the Third Reich uses them to gather more allies for the coming war.

Some say the War of the Worlds scare never happened, others promised it would never happen again.
Dive deep in the history and science propaganda of persuasion as this conspiracy unfolds.

Take a Look-Inside and discover what makes a nation believe a lie.