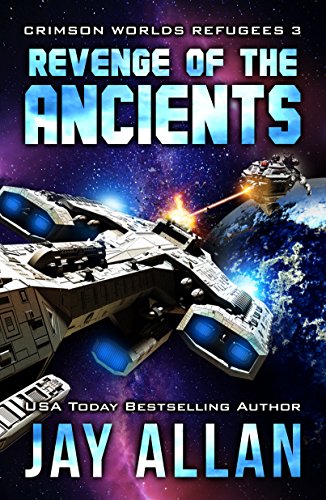 A battered group of human ships, fighting for survival, fleeing deeper into the far unknown, pursued by the deadly forces of the genocidal artificial intelligence known as the Regent.

A legendary commander, the man who has saved his people time and time again, struggling to lead the fleet ever forward, fighting through every attack the enemy throws at them.

A hidden world, a remote refuge prepared millennia ago, holding the promise of a new future, if the fleet can reach it…and hold it against the Regent’s relentless attacks.

Admiral Terrance Compton and his lost fleet battle their way forward, striving to reach the end of their great journey. They will fight, with all the strength and power than remains to them, standing firm, resolute against all the force the Regent hurls at them. But their destiny is no longer in their hands.

In the end, the fleet’s survival rests on the courage and strength of a tiny force of Marines and a desperate mission, one that will lead this group of warriors right through the enemy’s thickest defenses, to the very heart of the enemy’s domains, the ancient homeworld of the First Imperium…and the inner sanctum of the Regent itself.

The action packed conclusion to the Crimson Worlds Refugees series!

Alien and the Third Reich