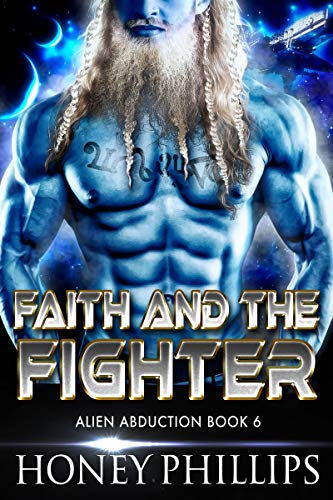 Faith has spent the past eight years as a scientist locked in an alien research lab. When she finally manages to escape and finds out what the aliens are doing with her work, she is appalled and determined to stop their plans.

The alien spaceship captain who unknowingly assisted her escape is going to help her shut down the lab – whether he wants to or not. And she’s not going to let his massive body or the kind heart hidden behind his gruff facade distract her.

Captain Athtar finally has his life exactly the way he wants it – he has his ship, his crew, and his freedom. No mouthy little human is going to interfere with any of that, no matter how much she tempts him or how much his instincts demand that he claim her. If only he weren’t as tempted as much by her brilliant mind as by her luscious body.

Can Faith and Athtar fight their overwhelming attraction long enough to defeat the evil scientists and stay ahead of the Imperial Fleet? And when the battle is over, can there be a future for the two of them?

Each book in the Alien Abduction series features a different couple and can be enjoyed as a standalone romance. (For readers 18 years and older. )