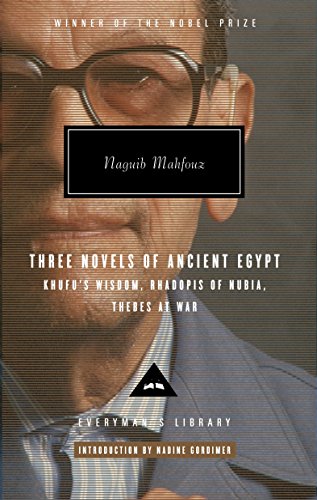 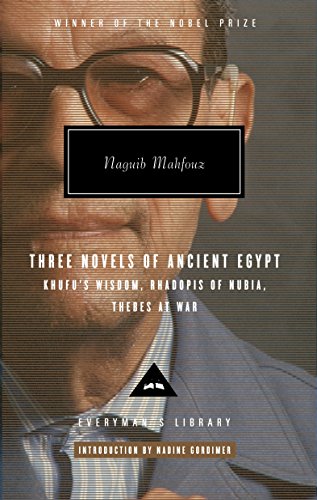 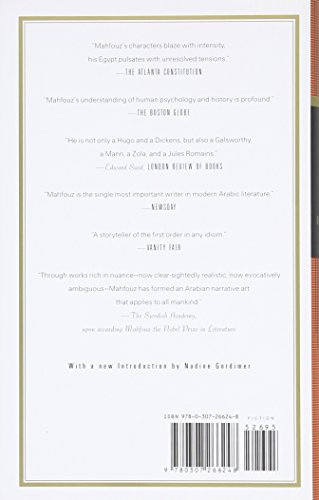 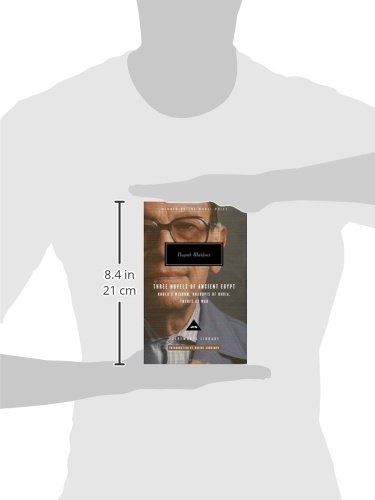 From Nobel laureate Naguib Mahfouz: the three magnificent novels—published in an omnibus edition for the first time—that form an ancient-Egyptian counterpart to his famous Cairo Trilogy.

Mahfouz reaches back thousands of years to bring us tales from his homeland’s majestic early history—tales of the Egyptian nobility and of war, star-crossed love, and the divine rule of the pharoahs. In Khufu’s Wisdom, the legendary Fourth Dynasty monarch faces the prospect of the end of his rule and the possibility that his daughter has fallen in love with the man prophesied to be his successor. Rhadopis of Nubia is the unforgettable story of the charismatic young Pharoah Merenra II and the ravishing courtesan Rhadopis, whose love affair makes them the envy of all Egyptian society. And Thebes at War tells the epic story of Egypt’s victory over the Asiatic foreigners who dominated the country for two centuries.

Three Novels of Ancient Egypt gives us a dazzling tapestry of ancient Egypt and reminds us of the remarkable artistry of Naguib Mahfouz.