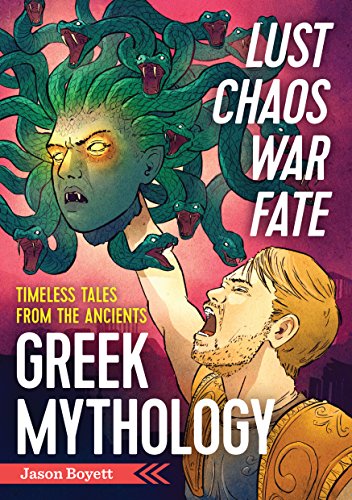 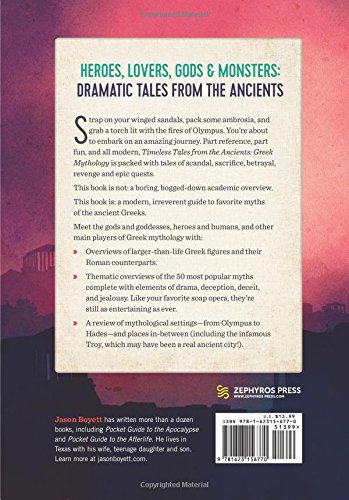 Mythology is not about the past. The past is what’s behind us and that’s not where mythology really exists. The big daddy of mythology hails from ancient Greece―and whether we realize it or not, Greek mythology influences the western world of today.

If you have ever seen the Atlantic Ocean, if you love the wonders of stargazing, if you’ve dreamed of being in the Olympics, or made reference to Pandora’s Box―then you have been influenced by Greek mythology.

The Greeks were not a boring bunch, and their mythology was no different! Greek Mythology: Timeless Tales from the Ancients is a smart, fun, compulsively readable overview of the Greek’s favorite characters and tales. These myths are filled with sex, violence, drama, lies, monsters, hubris, journeys, and just about anything else you can think of! This modern guide to favorite Greek myths includes:

Part reference and all rousing read, Greek Mythology: Timeless Tales from the Ancients brings ancient Greek mythology to life and leaves the scholarly footnotes behind. Strap on your winged sandals and get ready for a journey through the ancients.