The Cartel 7: Illuminati: Roundtable of Bosses 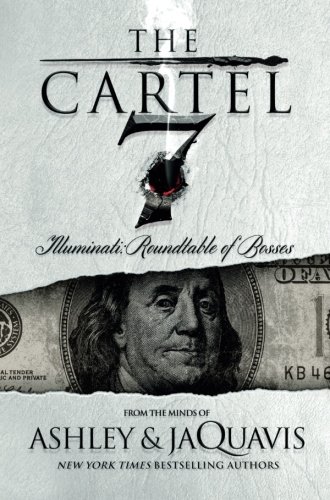 The saga of love, loyalty, and crime continues in the next explosive book in the Cartel series from the minds of New York Times bestselling authors Ashley & JaQuavis.

After the tragic and bloody end to The Cartel’s reign, Carter is forced into isolation to evade the law. With his wife, Miamor, facing federal charges and his dear brother, six feet under, Carter has never been more alone. His empire is at his feet and he has no idea how to rebuild his kingdom. The only thing that is certain is that he has to stay out the way and off the radar of the Feds until he can figure out how to get his lady out of prison.

Miamor’s freedom is guaranteed―provided Carter help create and distribute a drug that will take the streets by storm. Rubbing elbows with the most notorious, ruthless leaders of the underworld will get him what he wants. But can he win at their game of murder and money?