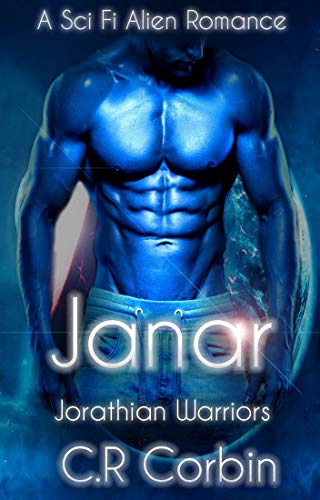 He was supposed to merely be my protector.
Yet I find myself becoming enraptured by those incredible blue muscles.
And I find my heart getting lost in those hard green eyes.

A horrible boss, mind-numbing work, and a potential fun night with friends.
That’s what was supposed to be in store that night for Lauren, a researcher stationed on the colony of Arasin.
That is until a group of powerful warriors led by the Oson warlord Khor assault the colony in search of one thing.
Her.

Janar, a proud and elite Jorathian warrior, had a single goal in mind during his infiltration of Arasin, to retrieve Lauren as a tool for use in a plot of vengeance against Khor.
And yet when he saves her, he finds his attention captured by those curves, that soft blond hair, and those gentle green eyes.
Will he be able to take her to that distant planet and satiate his hatred? Or is there something in her presence that will change not only his plan but his very nature forever?

Can the two survive the journey to that distant planet to stop Khor? And will this growing affection between the two of them prove to be an obstacle in Janar’s plot or a catalyst for something even greater?