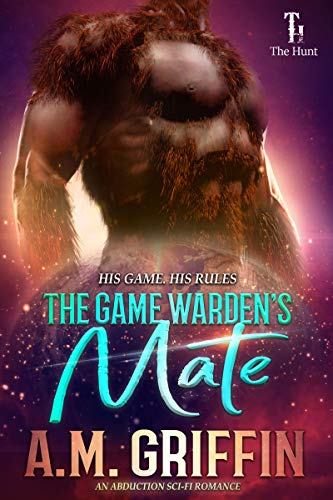 The Hunter. As the new Game Warden, Xrez Ym’ihla brings patrons from across the galaxy to track prey in a game built to enslave the weak and mate the strong. The business is a long running family legacy and Xrez is determined to succeed as his father had before him. He hadn’t meant to let one human occupy his thoughts, mind, and body.
His lies may come back to haunt him, but if he reveals the truth, he’ll ruin his chance to capture the heart of the one he wants.
The Prey. Esme Valdez had her entire life planned from an early age. As a chemist, her life was average and mundane, just the way she liked it. Until the impossible happened. Never did she imagine being abducted by aliens and forced to participate in a survival of the fittest game called The Hunt. If she survives and makes it to the end, she’ll be freed. If not, she’ll be forced to mate the one who captures her.
Esme is determined to win at all costs, even if it means putting her trust in a sexy alien who taunts her in the most delectable way.
Their love was built on betrayal. Can she trust him with her heart and life?