The Creatures of Philippine Lower Mythology 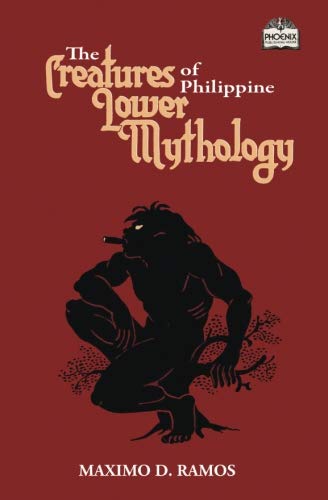 IMAGINARY CREATURES depicted in a people’s lower mythology are one of the most important phenomena in their belief systems. This is because the common folk in particular must strive to maintain harmonious relations with these creatures, a continuous process that permeates many aspects of their everyday lives and requires the intercession of a special person in the community who acts as the medium of communication between them.The subject of Maximo D. Ramos’s work is the creatures of Philippine lower mythology, as this level of folklore is called. In undertaking this study, Dr. Ramos directed his efforts to two principal tasks: (1) making a taxonomic classification of all the beings which in his opinion fall within the framework of the problem as found in Philippine folk beliefs, and (2) correlating the implications of these beliefs, in terms of these classifications, to education, particularly on the elementary level.The taxonomic classification is intended to help clear up the confusion that attended earlier studies of these creatures. This is indeed the first attempt to systematize the identities of these Philippine mythological beings for the benefit of folklore scholarship. More specifically, Ramos writes: “Where names, traits, and functions appear to have become confused … through the process of transfer that constantly occurs in traditional lore, it was thought fruitful to point these out and then attempt to account for them”.In spite of the very extensive Christianization of the Filipinos—particularly the lowlanders—these mythical entities still persist in their traditional belief systems, hence the student of folk traditions cannot ignore them if he is to achieve greater relevance in his studies. Little by little the perspective from which these creatures have been traditionally viewed is bound to change until they are accepted as part of our cultural heritage. This change is bringing about an understanding of these creatures’ function in our society.The present work is primarily taxonomic in nature but it sheds light into many of the dark corners of Philippine folklore studies and brings to the reader a fuller understanding of the most maligned inhabitants of the Philippine other- world. Herein lies the major contribution of Dr. Ramos—a basic recognition and a deeper insight into the cultural heritage of the Filipino.

The Illuminati: The Brexit Conspiracy!