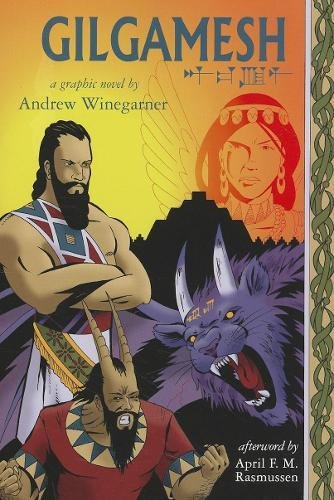 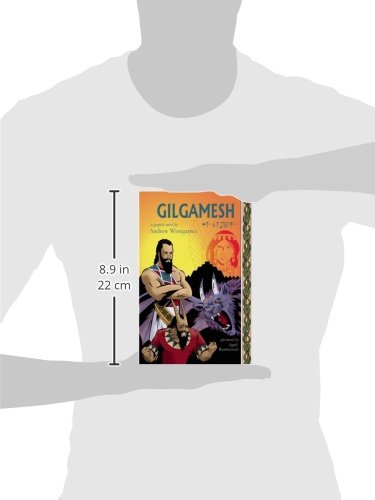 “With all the graphic adaptations of mythology flying around, it’s about time someone got to old Gilgamesh…. Winegarner’s adaptation demonstrates the extensive debt mythology and religion owe this ancient tale.” ―Booklist

Before the Bible and legendary figures like Hercules, King Arthur, and Beowulf, there was Gilgamesh. As the king of Uruk, a city in ancient Mesopotamia, Gilgamesh protected his people from harm, battling a multitude of fierce demons with the steadfast help of his brother, Enkidu.

But Gilgamesh’s reign faced the ultimate challenge from the power-hungry goddess Ishtar, who proposed marriage only to be unceremoniously spurned by Gilgamesh. Ishtar’s rage led Gilgamesh to his greatest battle, a battle that shook Gilgamesh to his core and led him to travel further than any other manto the land of the gods on a quest to find immortality.

Written down on cuneiform tablets nearly five thousand years ago, Gilgamesh’s story was originally recorded in the form of an epic poem. In this bold retelling of the ancient legendpresented for the first time in graphic novel formgraphic novelist Andrew Winegarner revitalizes the ultimate adventure story. His illustrations breathe new life into the story of humanity’s first hero, and the result is a page-turning take on the world’s oldest epic poem.