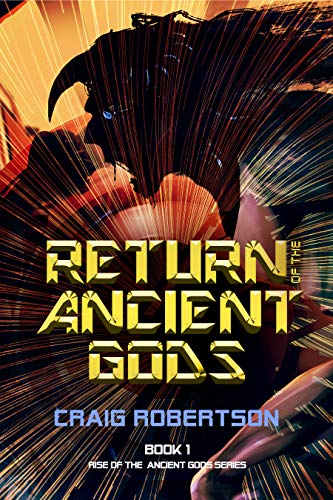 If it’s peace you want don’t ever be Jon Ryan. He’s lived two billion years in the android host he transferred to when asked to save humankind. Darn thing won’t wear out. Since successfully ensuring the survival of the population of doomed Earth, Jon wanted to die. He was switched off with the promise of never being powered up again. Yeah, Jon’s never been that kind of lucky. He was forced to fight and win a war with the most powerful enemy he’d ever faced, the Berrillians. Then he longed for rest.

Not in a universe that Jon lives in. A few hundred years after the Berrillian War whispers of a new and existential threat began to be heard. People disappeared without a trace. Planets vanished without leaving a pebble behind. And some one was hiding impossible elements at the scenes of these mysteries. Anti-gold sitting right out in the open where it could not possibly be stable.

For better or worse Jon came to learn that the impending invasion of our universe would be by a species calling themselves the Ancient Gods. This malevolent, destructive, and merciless horde was bent on one thing alone. They wanted to have fun destroying our universe. They’d done it to others and couldn’t wait to get the party started here. One factor, one force of nature stood between the Ancient Gods’s success or their failure. You have to know it was the reluctant Jon Ryan.
But could he pull another miracle out of his hat? Could he triumph over the unbeaten Ancient Gods? If Las Vegas still existed no one there would touch Jon’s odds.

Jon assembles his old crew, Toño, Sapale, Al, and his ship’s AI Stingray. But they have little time to learn about their enemy and less chance of victory that ever before. After all they were facing god this time out. But, if there was an unwinnable fight anywhere Jon Ryan would rather be at the center of it than waiting to hear how badly it went. Yeah, #fighterpilot. You gotta love those jet jockeys.