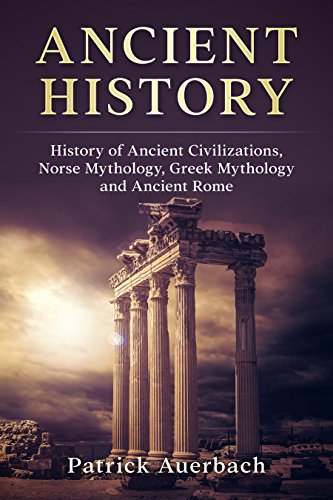 In this book you will find information, about Norse Mythology. Norse mythology, or Scandinavian mythology, is the body of mythology of the North Germanic people stemming from Norse paganism and continuing after the Christianization of Scandinavia and into the Scandinavian folklore of the modern period.

Most of the knowledge used to create this book, is from the Icelandic historian and poet, Snorri Sturluson, who has written The Prose Edda around the year 1200.

The Norse gods and goddesses were loved by the Vikings. The Vikings came mainly from Denmark, Norway, Sweden, Iceland, Faroe Island, and Greenland.

Greek Mythology is the body of myths and teachings that belong to the ancient Greeks, concerning their gods and heroes, the nature of the world, and the origins and significance of their own cult and ritual practices. It was a part of the religion in ancient Greece. The Greeks were polytheistic in their religious beliefs. Polytheistic means they believed in and worshiped many different gods. Modern scholars refer to and study the myths in an attempt to shed light on the religious and political institutions of Ancient Greece and its civilization, and to gain understanding of the nature of myth-making itself.

Beginning in the eighth century B.C., Ancient Rome grew from a small town on central Italy’s Tiber River into an empire that at its peak encompassed most of continental Europe, Britain, much of western Asia, northern Africa and the Mediterranean islands. Among the many legacies of Roman dominance are the widespread use of the Romance languages (Italian, French, Spanish, Portuguese and Romanian) derived from Latin, the modern Western alphabet and calendar and the emergence of Christianity as a major world religion. After 450 years as a republic, Rome became an empire in the wake of Julius Caesar’s rise and fall in the first century B.C. The long and triumphant reign of its first emperor, Augustus, began a golden age of peace and prosperity; by contrast, the empire’s decline and fall by the fifth century A.D. was one of the most dramatic implosions in the history of human civilization.