Prize of the Alien Captain 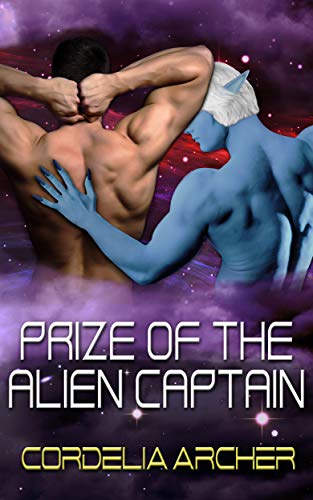 For thousands of years, the Elven Empire has dominated the universe, conquering every planet in its path and ruthlessly enslaving all who stand against it. Elf Captain Razan Allerias never questioned his duty, until he is rewarded by the Empress herself with a prize he never wanted: a human slave.

To Alex, freedom was only a distant myth. Born into slavery, abused by his former master, and sent to auction once his master tired of him, Alex learned to live by one rule: never trust an elf.

When he is bought by a captain in the Elven Armada, Alex wants nothing more than to do his duty as a companion slave and fulfill his master’s every desire. He never expected that the only thing his master would desire would be solitude.

Forced to share Razan’s intimate quarters, the two come to an agreement: stay out of each other’s way. Easier said than done. Before long, Razan realizes that Alex has become something much more than an unwanted houseguest. And as Alex gets to know the real Razan Allerias, he starts to wonder if maybe he should break his one rule.

Prize of the Alien Captain is a m/m science-fiction xeno romance with no cliffhangers and a HFN ending.