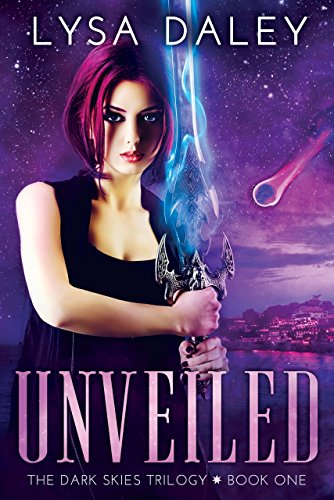 An ancient prophecy. A terrifying threat. A regular girl who’s destined to become a hero – whether she wants to be one or not.

Yesterday, Astrid was a normal sophomore at an elite college in a sleepy California town whose biggest problem was trying to figure out how to get hottie Chad Olson to notice her. But today, after an otherworldly meteorite nearly destroys her house, she discovers a shape-shifting bounty hunter is hot on her trail.

Her only hope of survival is to team up Jax, the arrogant handyman who works for her uncle. Lucky for Astrid, Jax turns out to be more than she could have ever predicted. In her quest for survival, Astrid learns the dark truth about her past and how she fits into an ancient intergalactic prophecy that predicts the fate of the entire planet.

Perfect for fans of I Am Number Four, Divergent and Under Different Stars.