Nectar for the Gods: Claimed 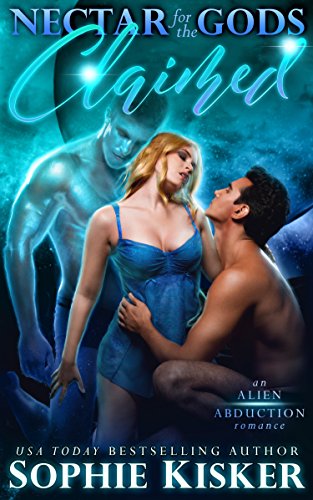 Dreams fill her nights. Nightmares fill her days.
Keelie Johnson was abruptly pulled through a rift in time and space to a planet where human women are wanted for only one thing – the nectar between their thighs. And the only thing worse than being a slave on Anteros is being bought by a tentacled alien who takes her away from the planet that has the only door back to Earth. All she has left are her dreams of two Anterrin men whose faces she never sees.

Siridin Sens is on the run after killing the man who murdered his brother. When he finds a wrecked ship with a human nectar slave who survived, it’s a complication he doesn’t need. She’s disobedient, even after a trip over his knees for a thorough spanking. And when she starts telling stories of hearing a ghost, he’s had enough, and vows to get rid of her as soon as he can. But the universe seems to have other plans.

Can Keelie convince Siridin that her dreams carry a message for him, too? Can Siridin save Keelie after he makes the biggest mistake of his life?

This 20,000-word novella is from the Nectar for the Gods series, though it can be read as a standalone. It has themes of power exchange, explicit sex, spankings, and menage (m/f/m).Previously published as “The Ghost in the Stars” in the Alien Alphas anthology.

If We Heard from Aliens, What Would It Look Like?

Whitney Houston: Murdered by the Illuminati?