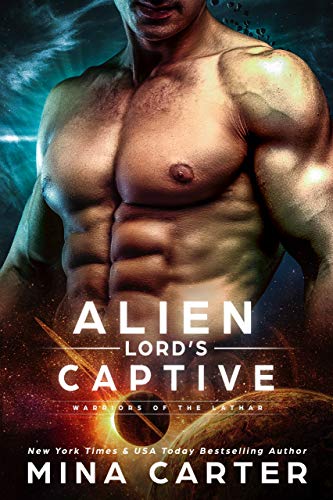 Earth girls might be popular…but they’re definitely not easy.

Sergeant Cat Moore has a little problem. Well, actually a big problem… When her base is attacked and boarded by an alien war group, she finds herself in the sights of their leader, Tarrick, a Latharian war-commander. Their captors might be ripped, hot warriors looking for that one special woman, but the women of Sentinel Five have this little thing against being slaves. Even if their leader is well on his way to stealing Cat’s heart as well as her body… Because her sexy alien has a thing about making sure her every need is met and has some very inventive ways of doing so. Until she gives him a bad case of mating marks around his wrist, and all bets are off.

Why? Because her sexy alien lover left one thing out when he introduced himself… Like the fact he’s a freaking alien prince…

The strong, not so silent, and ruthless type, Tarrick’s duty as a war commander means little time for himself. With no women of their own, a base full of human women is a bounty he can’t ignore. Nor can he ignore the little human whose voice called out to him across the galaxy, a woman he’ll stop at nothing to make his own.

Then a new player enters the arena. A dangerous rival challenges the K’Vass claim on Terran space and all it’s women. Tarrick K’Vass can’t afford to let any of the earth women be captured, especially not his little human, Cat. When she’s is taken, he’ll do anything to rescue her. Up to and including starting an intergalactic war…