Giants: Sons of the Gods 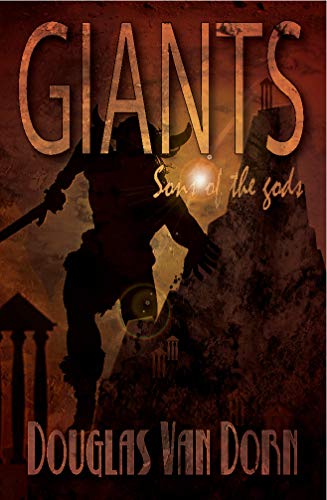 Goliath. You know the story. But why is it in the Bible? Is it just to give us a little moral pick-me-up as we seek to emulate a small shepherd boy who defeated a giant? Have you ever wondered where Goliath came from? Did you know he had brothers, one with 24 fingers and toes? Did you know their ancestry is steeped in unimaginable horror?

Genesis 6. The nephilim. The first few verses of this chapter have long been the speculation of supernatural events that produced demigods and a flood that God used to destroy the whole world. The whole world remembers them. Once upon a time, all Christians knew them. But for many centuries this view was mocked, though it was the only known view at the time of the writing of the New Testament. Today, it is making a resurgence among Bible-believing scholars, and for good reason. The nephilim were on the earth in those days, and also afterward…

This book delves deep into the dark and ancient recesses of our past to bring you rich treasures long buried. It is a carefully researched, heavily footnoted, and selectively illustrated story of the giants of the Bible. There is more here than meets the eye, much more. Here you will learn the invisible, supernatural storyline of the Bible that is always just beneath the surface, lurking like the spawn of the ancient leviathan. It is a storyline no person can afford to ignore any longer.

Unlike other more sensational books on the topic, there is no undue speculation to be found here. The author is a Bible-believing Christian who refuses to use such ideas to tell you the end of the world is drawing nigh. Once you discover the truth about these fantastic creatures, you will come to see the ministry and work of Jesus Christ in a very new and exalting light. Come. Learn the fascinating, sobering, yet true story of real giants who played a significant role in the bible … and still do so today.

Douglas Van Dorn is the author of Waters of Creation: A Biblical Theology of Baptism and Galatians: A Supernatural Justification. He has pastored the Reformed Baptist Church of Northern Colorado since founding it in 2002. He co-hosted the radio show Journey’s End in 2011-12. He is a member of the Association of Reformed Baptist Churches of America and presently serves on its Administrative Council. He has been married to his extraordinary and beautiful wife Janelle since 1994. They have been blessed with four amazing girls and One gracious and loving God. He has climbed all 54 of Colorado’s 14,000 ft. mountains and also Mt. Rainier in Washington.