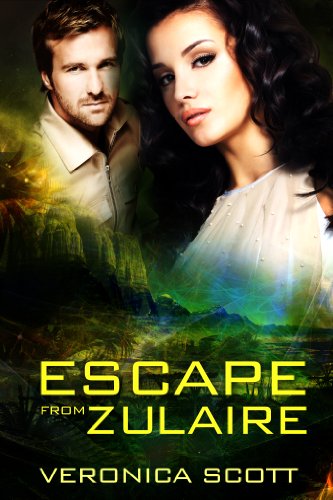 Andi Markriss hasn’t exactly enjoyed being the house guest of the planetary high-lord, but her company sent her to represent them at a political wedding. When hotshot space marine Captain Tom Deverane barges in on the night of the biggest social event of the summer, Andi isn’t about to offend her high-ranking host on Deverane’s say-so—no matter how sexy he is, or how much he believes they need to leave now.

Deverane was thinking about how to spend his retirement bonus when HQ assigned him one last mission: rescue a civilian woman stranded on a planet on the verge of civil war. Someone has pulled some serious strings to get her plucked out of the hot zone. Deverane’s never met anyone so hard-headed—or so appealing. Suddenly his mission to protect this one woman has become more than just mere orders.

That mission proves more dangerous than he expected when rebel fighters attack the village and raze it to the ground. Deverane escapes with Andi–barely. On their hazardous journey through the wilderness, Andi finds herself fighting her uncomfortable attraction to the gallant and courageous captain. But Deverane’s not the type to settle down, and running for one’s life doesn’t leave much time for romance.

Then Andi is captured by the rebel fighters, but Deverane has discovered that Zulaire’s so-called civil war is part of a terrifying alien race’s attempt to subjugate the entire Sector. If he pushes on to the capitol, Andi will die. Deverane must decide whether to save the woman he loves, or sacrifice her to save Zulaire.

ESCAPE FROM ZULAIRE is part of the SECTORS SF ROMANCE SERIES. Each story in this series takes place in the same world of hunky space soldiers and the competent ladies who love them. You can read the books in this series back to back, or as individual, stand-alone books.

Other books in the Sectors SF Romance Series:
Wreck of the Nebula Dream
Mission to Mahjundar
Hostage to the Stars
Trapped On Talonque