American Conspiracies: Lies, Lies, and More Dirty Lies that the Government Tells Us 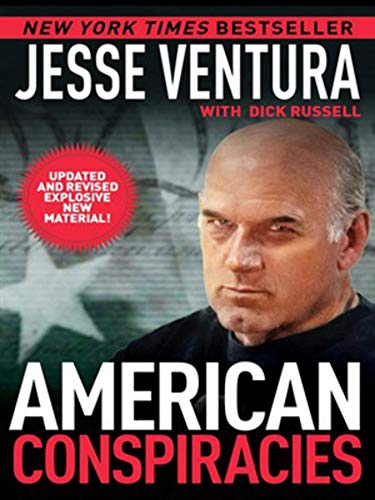 New York Times bestselling author Jesse Ventura is back with more conspiracies that our government wishes you didn’t know about!

In this explosive account of wrongful acts and ensuing cover-ups, Jesse Ventura offers a different side to the stories we’ve all heard and read about in the history books. He takes a look at the wide gap between what the government knows and what is revealed to the American people. The media is complicit in these acts of deception, often refusing to consider alternate possibilities and dismissing voices that diverge from public opinion. He will look closely at the theories that have been presented over the years and examine the truth as well as the lies. Ventura does not shy away from the tough questions. As he states, When I get denied something, I do the opposite of getting intimidatedI get angry.”

Now with new conspiracies added including information on the CIA torture scandal and the financial meltdown of 2008, you will see how the United States government continues to abuse our civil liberties and why we need to continue to stand up for what we know is right.

You may not believe everything in American Conspiracies, but it is guaranteed to make you think harder about everything you do believe.

Skyhorse Publishing, as well as our Arcade imprint, are proud to publish a broad range of books for readers interested in history–books about World War II, the Third Reich, Hitler and his henchmen, the JFK assassination, conspiracies, the American Civil War, the American Revolution, gladiators, Vikings, ancient Rome, medieval times, the old West, and much more. While not every title we publish becomes a national bestseller, we are committed to books on subjects that are sometimes overlooked and to authors whose work might not otherwise find a home.