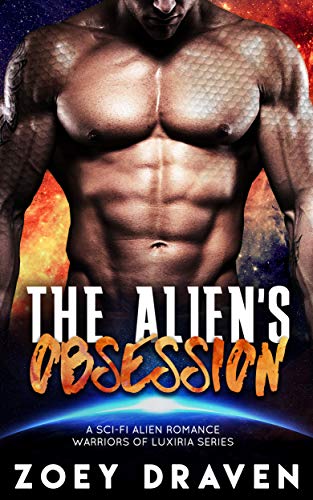 On Earth, Lainey was the beautiful girl, from a wealthy family, that enthralled thousands of people with her gift of music…a girl who had everything. Or so it seemed…and then she was abducted by aliens. When she’s rescued from an intergalactic fighting ring by Luxirians—huge, pierced, seven-foot tall alien warriors—Lainey lashes out and rebels when taken to their home planet. And when she hears that Luxirians have something inside them that comes alive for their mate? No, thank you—beam her up, Scotty!

Too bad she’s too nosy for her own good and stumbles into the path of an overbearing, dominant alien who demands her complete surrender.

Ambassador Kirov, the Prime Leader’s technology advisor, is a fierce warrior with an unparalleled intelligence that makes him even deadlier. Battling demons of his own, the last thing he expects is to catch a human female, with hair the color of fire and a body that makes him burn, spying on him late at night. When his Instinct awakens for her Kirov knows he will have to fight to win his little hellion, who tempts his darkest desires and challenges him at every turn.

But he’s running out of time and he’ll have to do something drastic to win her heart, her mind…and her body. Or else he loses her forever.

Note: The Warriors of Luxiria series should be read in order for the best experience.

The Illuminati: Vol 2 - The Antichrist Conspiracy