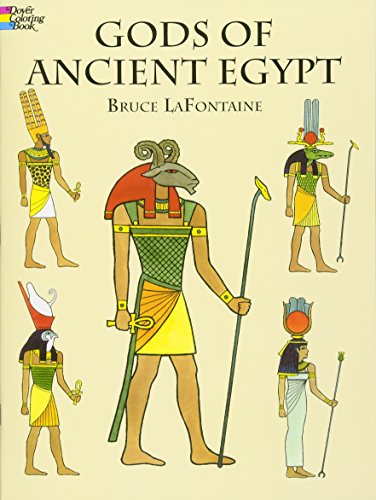 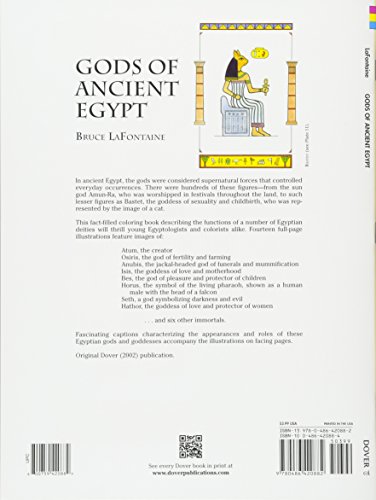 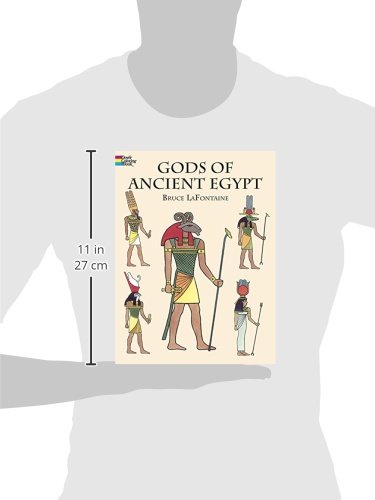 In ancient Egypt, the gods were considered supernatural forces that controlled everyday occurrences. There were hundreds of these figures — from the sun god Amun-Ra, who was worshipped in festivals throughout the land, to such lesser figures as Bastet, the goddess of sexuality and childbirth, who was represented by the image of a cat.
This fact-filled coloring book describing the functions of a number of Egyptian deities will thrill young Egyptologists and colorists alike. Fourteen full-page illustrations feature images of:
Atum, the creator
Osiris, the god of fertility and farming
Anubis, the jackal-headed god of funerals and mummification
Isis, the goddess of love and motherhood
Bes, the god of pleasure and protector of children
Horus, the symbol of the living pharaoh, shown as a human male with the head of a falcon
Seth, a god symbolizing darkness and evil
Hathor, the goddess of love and protector of women
… and six other immortals.
Fascinating captions characterizing the appearances and roles of these Egyptian gods and goddesses accompany the illustrations of facing pages.