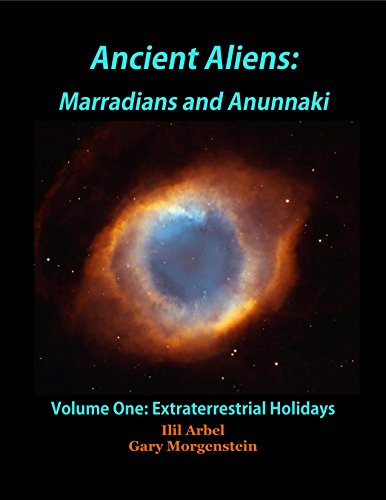 Welcome to the human history you didn’t know. A history which the governments of the world don’t want you to learn, where humans were pawns of an advanced extraterrestrial race which reshaped our evolutionary cycle through inter-breeding, science and technology. All of us have their DNA.
Thirty thousand years ago, two great ancient alien civilizations, the Marradians and the Anunnaki, lived in peace. As much peace as two rivals could muster carving up the Galaxy. Living on the planet Nibiru, they were cousins before the Great Parting, a brutal war fueled by the Anunnaki’s insistence that inferior life forms, if gently guided, could thrive in their own endemic image, while Marradians only believed in fealty, the boot and the death stick, or S’ar.
The Anunnaki who had visited Earth thousands of years ago were impossibly handsome. They were considered Gods among the ancient Sumerians, and are mentioned in the Bible as the Nephilim – The Fallen Angels. The Marradians are not all that handsome, but they look human and intermingle easily with us.
The Anunnaki do not currently live on Earth. The Marradians, on the other hand, have created stations on Earth. Many of them lived here, mostly underwater, for thousands of years. In their minds, the Marradians own the Earth, and the humans are interlopers. They have bases underwater, in the Pacific, near Puerto Rico, and under Alaska’s glaciers. The objects we call USO (Unidentified Submerged Objects) are their dangerous crafts.
This is just a sliver of the wealth of knowledge we’ll be sharing with you. We‘ll use ancient texts and new research to finally bring the history, culture, traditions, religion, politics, food, science, technology, songs, sexual practices and customs of the Marradians, along with parallel information about the Anunnaki race since the two cousins‘ story is so bitterly entwined.