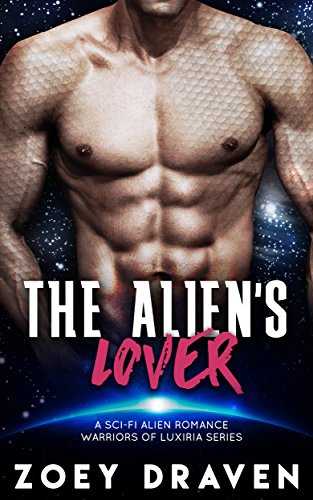 Beks Bridgett’s mission in life is to try everything at least once. Some call her fearless. Others, reckless. While her bucket list includes things like skydiving and kissing random strangers, getting kidnapped by aliens and sold to an intergalactic fight club definitely isn’t. That is, until a fierce, intimidating, and hot alien warrior springs her from her caged prison.

Ambassador Lihvan, one of the deadliest War Generals of Luxiria, is known for his unshakable drive and intense ferocity in battle. He is a warrior of few words and even fewer needs…but many, many secret, dirty desires. When he rescues a human woman who delights in teasing him to an inch of his infamous control, the powerful Luxirian fears that she will be the one to finally bring him to his knees.

After a rescue mission goes awry, Beks and Lihvan find themselves stranded on a dangerous and ever-changing planet, alone. Nestled in a small shelter, not only are they trying to survive the elements, but also the desire that runs between them…

Full-length, 50,000+ word novel that can be read as a standalone, but revisits characters from previous books.