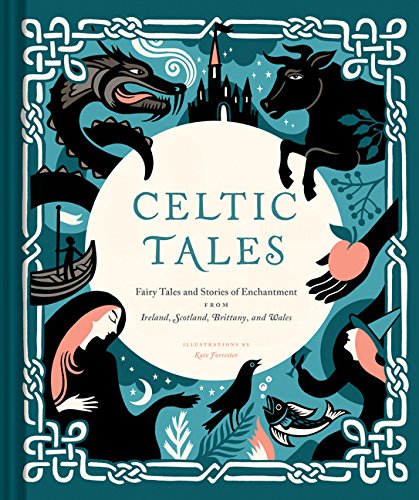 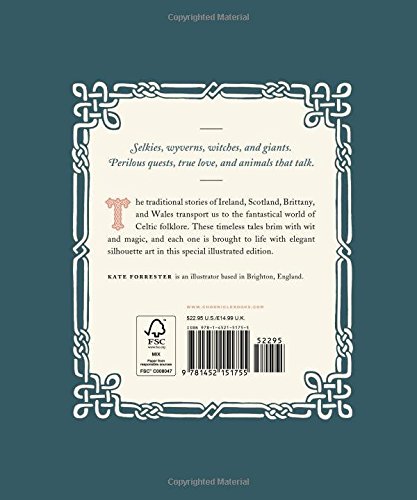 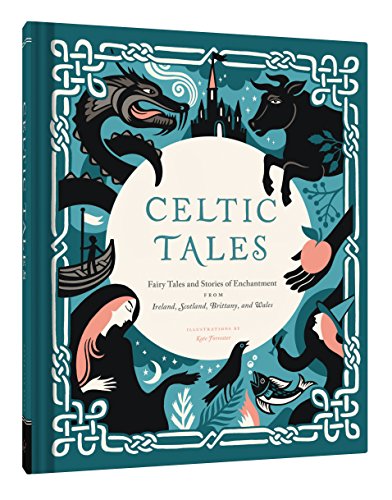 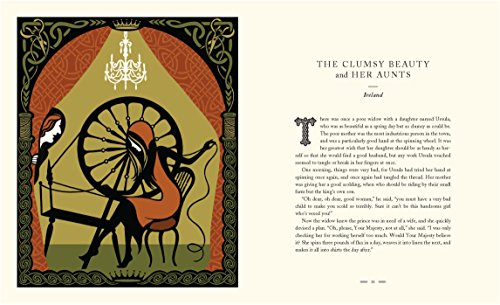 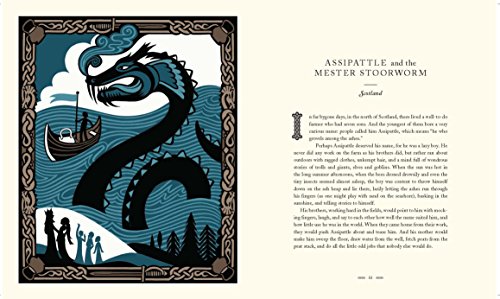 The traditional stories of Ireland, Scotland, Brittany, and Wales transport us to the fantastical world of Celtic folklore. Translated and transcribed by folklorists in the late 19th and early 20th centuries, the 16 stories in this compilation conjure forgotten realms and rare magical creatures in vivid prose. These timeless tales brim with wit and magic, and each one is brought to life with elegant silhouette art by Kate Forrester in this special illustrated edition.

“Divided into four categories-‘Tricksters, ‘ ‘The Sea, ‘ ‘Quests, ‘ and ‘Romance’-the 16 tales that make up this handsomely designed collection are adapted from sources originally published between 1888 and 1929, now in the public domain. Full-page silhouette-style images from British illustrator Forrester open each tale, framed within intricate borders featuring fish, gravestones, dragons, and other thematic imagery entwined with Celtic knots. Witches, selkies, fairies, and other creatures make appearances in the brisk tales, which tend toward light humor and happy resolutions. It’s an absorbing introduction to the lore of Albion, but readers will also enjoy teasing out similarities between these tales and more familiar ones-the Scottish tale of ‘The Black Bull of Norroway’ carries echoes of ‘Beauty and the Beast,’ while a clumsy girl named Ursula features in the Rumpelstiltskin-like story that opens the collection.”
– Publishers WeeklyChronicle Books