God Made the Aliens: Making Sense of Extraterrestrial Contact 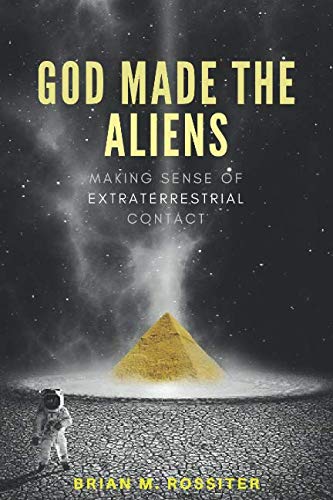 For thousands of years, human civilizations have been clamoring about extraterrestrial visitors. The ancient peoples shared countless stories about them, recorded their personal encounters, depicted them in their artwork, and even claimed that their advanced architectural and astronomical understandings could be attributed to these beings. While this is often known to us, many have failed to understand that modern scientific research has actually verified a lot of these ancient claims. The need for an intelligent cause for life on Earth, the existence of both a massive flood and races of giant people, our documentation of UFOs, and so much more, all point to the existence of extraterrestrial entities. Though every line of evidence seems to coalesce on this reality, those who should already believe in otherworldly beings are often the ones who have the hardest time doing so. While the Bible clearly discusses the existence of non-human entities, people of faith have seldom known what to make of them. In this book, Brian M. Rossiter reveals the incredible parallels that exist among the heavenly beings of the Bible, the visitors described in other ancient traditions, and the aliens of ancient astronaut theory. Along the way, he uncovers myriad ways that extraterrestrial entities have shown themselves to the world. More than that, he answers some of the most pivotal questions of all. Who are these “extraterrestrial” beings? Are they really visitors from outer space, or might they be something else altogether?Can people of faith believe in extraterrestrials without compromising their belief in the Bible?The answers to these questions can change your entire worldview, and even challenge your most cherished beliefs about our place in existence.