The Evolution of the Gilgamesh Epic 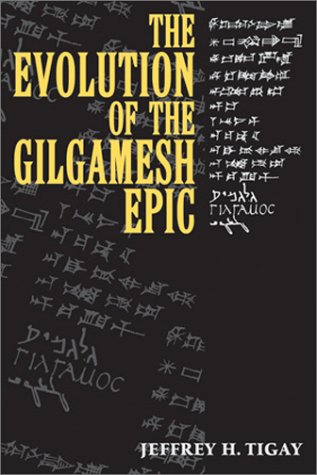 he Epic of Gilgamesh is one of the world’s oldest known epics-it predates Homer by several centuries and is recognized as seminal to the cultural history of the Ancient Near East. Interpretation and decipherment of the story of Gilgamesh–fragmentary and contradictory as its several variants are–has been a monumental scholarly task, spanning more than a century…until Jeffrey Tigay teased out the epic’s evolution. In this volume, Tigay traces the development of the composition of The Gilgamesh Epic over nearly two millennia and through the several languages in which it has been transmitted. The result is a study both comprehensive in breadth and impressive in methodology. The author breaks from his scholarly predecessors in relying on documented textual evidence rather than on critical analysis and hypotheses.

The immense contribution represented by this study has been acknowledged since its first publication in 1982. This reprint edition once again makes Tigay’s groundbreaking work readily available to humanists, historians of literature and religion, biblical and classical scholars, anthropologists, and folklorists.

* Aims to show how The Gilgamesh Epic developed from its earliest to its latest form
* Systematic, step-by-step tracking of the stylistic, thematic, structural, and theological changes in The Gilgamesh Epic
* Relation of changes to factors (geographical, political, religious, literary) that may have prompted them
* Attempts to identify the sources (biographical, historical, literary, folkloric) of the epic’s themes, and to suggest what may have been intended by use of these themes
* Extensive bibliography
* Indices

For over 30 years Bolchazy-Carducci Publishers has produced the highest quality Latin and ancient Greek books. From Dr. Seuss books in Latin to Plato’s Apology, Bolchazy-Carducci’s titles help readers learn about ancient Rome and Greece; the Latin and ancient Greek languages are alive and well with titles like Cicero’s De Amicitia and Kaegi’s Greek Grammar. We also feature a line of contemporary eastern European and WWII books.

Some of the areas we publish in include: