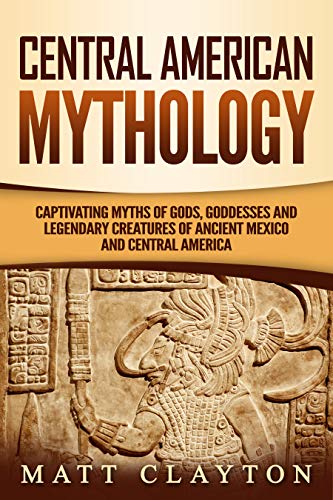 If you’re looking for a captivating collection of Central American myths, then keep reading…

Mexico and the Central American states are home to many indigenous peoples, each of whom speaks their own language and lives according to their own customs.

These diverse peoples have rich storytelling cultures, passing down myths about gods and the work of creation, and about the humans who for good or ill interact with these otherworldly beings. The loving god Olocupinele creates the world of the Cuna of Panama, while the goddess Nakawe’ destroys and then remakes the world of the Huichol of Mexico.

In the story “Mother Scorpion Country,” from the Miskito of Nicaragua, we learn that even the goddess of the land of the dead cannot break the bond of love between a husband and wife.

The stories presented in this volume are but a small sample of the abundant variety of myths and legends from Mexico and Central America.

Nevertheless, they give us important glimpses into the ways people from this part of the world see themselves, as humans trying to understand their place within a larger universe containing beings both seen and unseen, and as people doing their best to live ethical lives that respect their fellow humans and the other creatures that live alongside them.

Central American Mythology: Captivating Myths of Gods, Goddesses, and Legendary Creatures of Ancient Mexico and Central America invites you to go on a startling journey and discover the following myths:

So if you want a captivating collection of Central American myths, click the “add to cart” button!