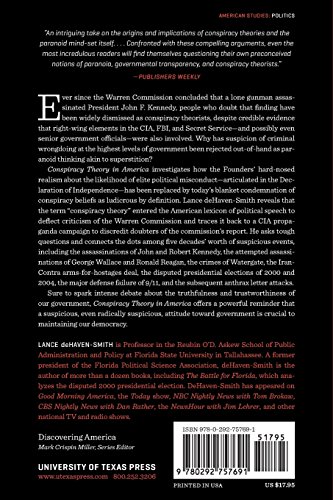 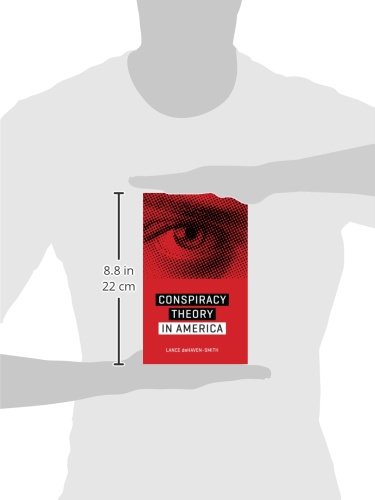 Ever since the Warren Commission concluded that a lone gunman assassinated President John F. Kennedy, people who doubt that finding have been widely dismissed as conspiracy theorists, despite credible evidence that right-wing elements in the CIA, FBI, and Secret Service—and possibly even senior government officials—were also involved. Why has suspicion of criminal wrongdoing at the highest levels of government been rejected out-of-hand as paranoid thinking akin to superstition?

Conspiracy Theory in America investigates how the Founders’ hard-nosed realism about the likelihood of elite political misconduct—articulated in the Declaration of Independence—has been replaced by today’s blanket condemnation of conspiracy beliefs as ludicrous by definition. Lance deHaven-Smith reveals that the term “conspiracy theory” entered the American lexicon of political speech to deflect criticism of the Warren Commission and traces it back to a CIA propaganda campaign to discredit doubters of the commission’s report. He asks tough questions and connects the dots among five decades’ worth of suspicious events, including the assassinations of John and Robert Kennedy, the attempted assassinations of George Wallace and Ronald Reagan, the crimes of Watergate, the Iran-Contra arms-for-hostages deal, the disputed presidential elections of 2000 and 2004, the major defense failure of 9/11, and the subsequent anthrax letter attacks.

Sure to spark intense debate about the truthfulness and trustworthiness of our government, Conspiracy Theory in America offers a powerful reminder that a suspicious, even radically suspicious, attitude toward government is crucial to maintaining our democracy.

How Area 51 became the center of alien conspiracy theories