Ancient Egypt: A Captivating Guide to Egyptian History, Ancient Pyramids, Temples, Egyptian Mythology, and Pharaohs such as Tutankhamun and Cleopatra 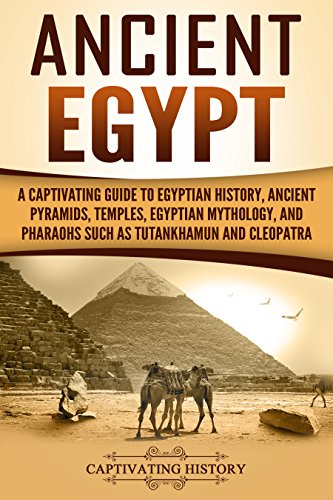 Ancient Egypt is one of the most fascinating and sophisticated civilizations in the known history. The Ancient Egyptians are remembered by their gods, pyramids, pharaohs, mummification, hieroglyphs, agriculture and much more.

This book reveals the secrets of the captivating world of Ancient Egypt, the intriguing stories of its celebrities, such as the Akhenaten, Ramses the Great, Queen Cleopatra, and the boy-king Tut. You’ll learn about mighty gods and the magical link between the Sun and the people of Egypt, and explore the horrendous burial rituals that warranted a safe path to the afterlife. Find out the secrets of one of the most magnificent societies that ever existed and discover why it still manages to seize the attention of the world.

Some of the topics covered in this book include: