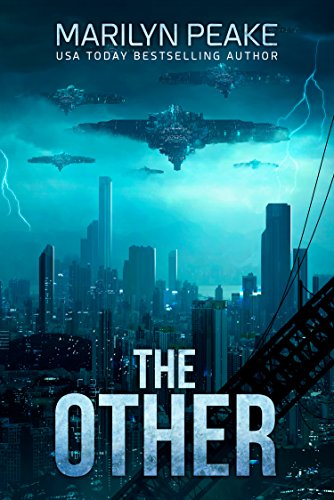 The world was melting down. North Korea had tested another nuclear missile. Terrorist attacks were happening with frightening regularity in European cities. In the United States, the FBI and CIA were investigating multiple computer hacks in which the Russians were the prime suspects. Then the news took an even more ominous tone. People began seeing UFOs and strange, alien-looking creatures with humanoid shapes, green skin and large black eyes. In places where this occurred, doctors reported the spread of a mysterious virus that scrambled people’s thoughts and caused hallucinations. Many experts believed the virus came from the aliens. The pathogen had not yet been identified; there was no known cure.

Psychology professor Dr. Cora Frost had a different theory: the bizarre symptoms were nothing more than mass hysteria, not unlike the hysteria that caused people in our not-too-distant past to see witches flying through the sky, which justified hanging them or burning them at the stake. Intense stress within societies gives rise to scapegoats. Doing field research within the compound of a cult in Roswell, New Mexico that revered the exact same kinds of aliens being reported on the news, Cora’s entire worldview is shaken and upended. In a shocking series of events, her past and future collide, forever changing her life.

These Ancient Relics Are So Advanced They Shouldn't Exist...