Illuminati Unmasked: Everything you need to know about the “New World Order” and how we will beat it. 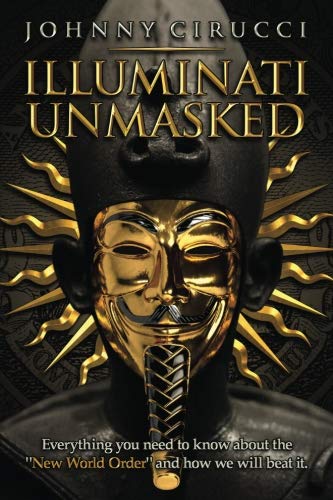 * Barack Obama’s shocking ties to this Mystery Religion—and it’s not Islam. * How American politics have been rigged and who has the power to control every level of your government. * All of America’s external threats—illegal immigration, pandemics, terrorism— orchestrated by the same people. * Who was really behind 9/11 and how they have far worse planned. * America’s top leaders from both Parties bow to this secret power. * The worst days in America can all be traced back to them. * American Patriots have been framed and murdered by them. * Assassination is their specialty. * Hidden history uncovered! The Communists and Nazis owe them their origins. * “Another lone gunman” lie with a twist you’ve never heard: the real story behind Abraham Lincoln’s death. * The chilling reality of “mind control”: LSD, satanism and the CIA…and who is behind it all. * The death of the dollar and destruction of the Middle Class: all carefully planned. * The “Alien Agenda”: a coming world deception completely controlled by them…—with help from another realm. * Signs that a nation you never would suspect is secretly fighting the New World Order and proof that Resistance is Rising!