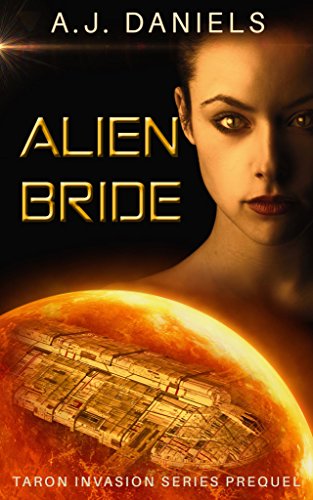 Nick
Captured by aliens, one Navy Seal earns his Trident by fighting the big blue freaks every step of the way back to Earth. Watching them conquer one planet after another, and enslaving the inhabitants sparks a white hot fury deep in his gut. Vowing to take them down at any cost, he formulates a plan. It may not be a particularly good one, but it’s the best of very limited options.
Spending years aboard the alien vessel, Nick slowly gathers intel on the enemy, catalogues every minor weakness, and convinces many of his fellow slaves to revolt. Will his best effort be enough to turn the tides once the fleet of alien ships stop in a holding pattern just outside Earth’s orbit?

Acacia
On an alien vessel were women are scarce and their company is considered a gift from the gods, one woman stands alone. Despised by her masters because of her mixed heritage, she has always been marginalized and insulted. Fellow slaves see her as a reminder that one in their midst opened herself to an overlord. It makes them uncomfortable. None wish to share their bed or protection with such a blatant reminder of their oppression.
Stowing away on a Taron scout ship, she hopes to slip away unnoticed. Instead she is snared by yet another being wishing to own her mind, body and soul. In the blink of eye, her life changes when Nicholas Blake walks into the room. He’s the kind of male, she always dreamed of meeting; kind, protective, and so incredibly handsome. She wonders if he can see her as a potential mate, or must she resign herself to suffering unrequited feelings for him from afar.