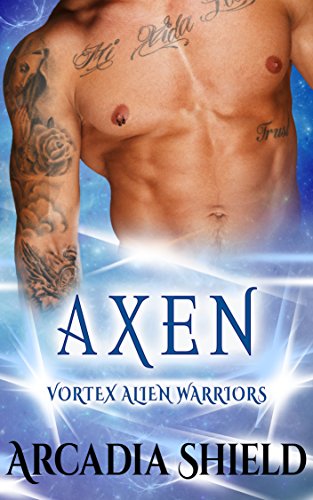 A jaded alien warrior. A hopeful human. An opportunity to change the star system.

Kill or be killed? Axen’s battle worn ways are tested when he enters a Fraken game and discovers a human who will change his life, and the world of the Vortens, forever.

Eloise Harper has her future stolen from her when she’s ripped from a starship and dragged into the games of the cruel alien race, the Fraken. Determined to survive, she battles alien beasts, game traps and tests. Then she meets the predator sent to end her life, and everything changes.

Axen is book 1 in the sci-fi alien romance adventure series, the Vortex Alien Warriors. When an elite alien warrior squad is forced to take part in the Fraken games, love and honor do battle against ancient beliefs. The outcome will change the star system. But only if the warriors survive.

Axen is the first in a four book sci-fi adventure series, following the complete story of Axen and Eloise, as they fight against a common enemy and lose their hearts to each other.