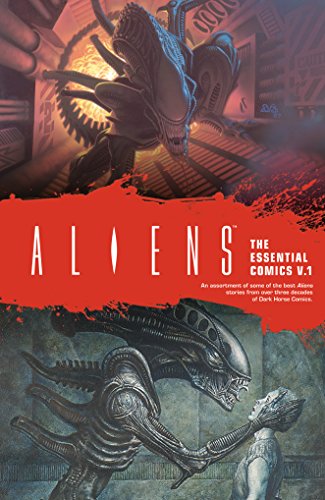 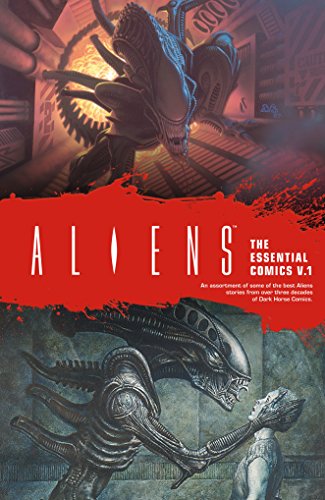 These are the comics stories that kept fear alive. Since 1988, whether there was an Alien film on the horizon or not, Dark Horse Comics delivered scares that audiences demanded. From the depths of space, to bizarre alien worlds, and even to surface of our own dear Earth, in the pages of comic books there were dozens of sequels and spinoffs to the films, as well as original stories that carried the monsters and the mythos to new heights.

These are the Aliens Essential Comics–stories which have stood the test of time . . . and kept readers awake at night.

In this first volume is the initial Aliens trilogy–Outbreak, Nightmare Asylum, and Earth War, in which Hicks and Newt–and eventually Ripley–join forces to battle an infestation of Aliens both on Earth and in the wider galaxy (all of these stories were written before the film Alien3 chronicled the deaths of the heroes of Aliens).

Written by Mark Verheiden (who went on to write The Mask, Timecop, Battlestar Galactica, Daredevil, and many other films and television shows), and beautifully illustrated by Mark A. Nelson, Den Beauvais, and Sam Kieth, these stories are the perfect starting point for readers new to the Aliens mythos, and a volume to be treasured by longtime fans.