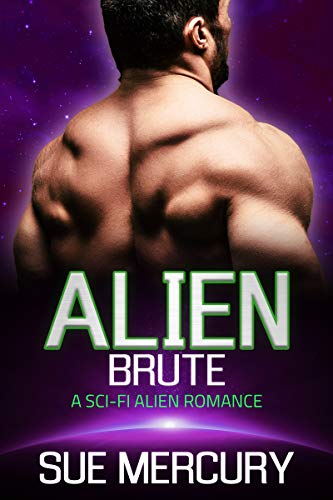 The alien warrior bought me.
But he doesn’t want a slave.
He wants me as his mate.

The brutal scars covering Fynd’s face are nothing compared to the wounds that have festered in his heart. After the bitter, public rejection by his intended mate a long time ago, he doubts any female will wish to become his…so he purchases a small human female named Lucy from a slave market. She’ll bear him a few children and he’ll provide for her in return, but he will not expect her to harbor any amount of affection for him. How could she? He’s a monster.

He wishes she wasn’t so sweet and beautiful. He also wishes his heart didn’t fill with warmth in her presence. She’ll likely never return his affections, but he cannot let her go. Ever. A Vaxxlian warrior always mates for life.

Life hasn’t been easy for Lucy. She prays her next master will be kind, and she’s terrified when the new alien who buys her looks like an angry bull with glowing green eyes. After she attempts escape, she’s certain he’ll punish her severely. Her old master would have. But the alien warrior named Fynd kisses her instead–a shockingly tender kiss that makes her all tingly inside–and she starts to wonder if perhaps there’s more to the unsmiling alien warrior than meets the eye.

There’s a gentleness beneath his hardened exterior, but breaking his defenses down won’t be easy. As far as alien warriors go, he’s as stubborn and proud as they come. Can they both find healing in one another’s arms, or will a new threat tear them apart forever?